“Bistatic, semiactive seekers in the nose of a missile receive a reflected signal from a target that is being “illuminated” with an RF signal transmitted from a fire control radar on a stand-off platform (e.g., aircraft, ship). Such systems *REQUIRE* that the platform maintain *LINE OF SIGHT (LOS)* to the target until it is engaged by the missile. Ship-based standard missile (SM) and NATO Seasparrow AAW missiles are examples of such a semiactive mode.

The NATO Seasparrow requires a constant signal for homing.”

The target is “Illuminated” with a 2° (RF) Pencil Beam which has to be maintained *”Painted”* on the target until detonation.  At a more than generous 50 Feet Elevation above Sea LEVEL (Target Illumination Radar Height), the target should be hidden behind 463 Feet of Curvature.

*The Earth MUST BE Flat*

NOT *”Q“* (Surface Targets ARE illuminated then Engaged at distances >4x that limit),

Baller Rebuttal: “But the missile and the target illumination radar don’t have to be on the Same Ship“. —

“Unlike RIM-7 Sea Sparrow missile and ESSM Block 1, Block 2’s active seeker will support terminal engagement *without the launch ship’s target illumination radars* . Between the semi-active capabilities that Block 1 brings and the active capabilities that Block 2 will bring, the Consortium’s warfighters will have the best of both worlds when it comes to ship self defenses.”

This ^^^^^^^^^^^^^^^^ means the RIM-7 Sea Sparrow and the ESSM BLOCK 1 *MUST HAVE* the Target Illumination Radar and the MISSILE ON THE LAUNCH SHIP.
.
The ESSM Block II DOESN’T NEED the LAUNCH SHIP’S TARGET ILLUMINATION RADAR on the Ship, BUT … the Block II ESSM isn’t gonna be ready until 2020 !!! …

“The *Evolved Sea Sparrow Missile (ESSM) Block II*, an improved short-range, ship-based missile that counters attacks by multiple cruise missiles at low altitude, as well as adversary jamming and radar deception. *It will be fielded in 2020* with 80 missiles going to the fleet.”
http://docs.house.gov/meetings/AS/AS00/20130918/101291/HHRG-113-AS00-Wstate-GreenertUSNJ-20130918.pdf
.
.

ERGO… Please tell me How the *ESSM Block I* has been Engaging *SURFACE BASED TARGETS* at more than 50 km with the *TARGET ILLUMINATION RADARS* on *LAUNCH SHIPS* … *FOR THE PAST 15 YEARS? (!!!!)*

*”Crashed and Burned“* with such FEROCITY it would make Steve Austin’s Six Million Dollar Man “Crash & Burn“ look like a Fender Bender !!
.
. 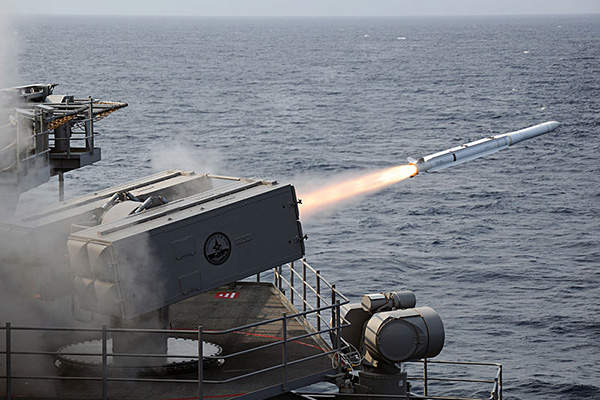 FOLLOW NOW
I'm surprised that most people don't know that we

WARNING: I had a globie send me death threats via

How many times have you something similar to this?